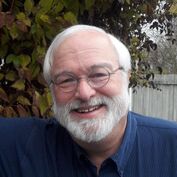 Dr. D. H. Shearer was ordained by the Sweet Home Church of Christ in 1978 and has served California churches in El Cajon and Vista, and churches in Tillamook, Eugene, and Turner, Oregon.  He holds degrees from Northwest Christian College, Pacific Christian College, California Graduate School of Theology, and Johnson Bible College.  He has served as adjunct faculty at Northwest Christian College and is the author of Neighbors and Ne’er-Do-Wells: Two Parables of Amazing Love as Told by Jesus.  During his ministry in Turner he made nine trips to Samoa, where he taught Bible at Malua Theological College and led seminars for church leaders.

Retired in 2017, DH enjoys wood turning projects on his lathe and regularly sounds Taps for veterans as a member of Bugles Across America.  He lives in Turner with his wife, Linda.  Together they have two grown kids and four absolutely incredible grandchildren.  See Linda for pictures. 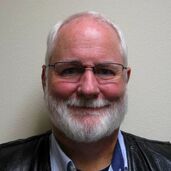 Mike Smith grew up in Eugene, Oregon, and graduated from Northwest Christian College in 1978 with a degree in Pastoral Ministry.  Shortly after graduation, he married his wife, Sheryl, and moved to Tennessee to enter seminary at Emmanuel School of Religion.  While attending Emmanuel School of Religion he started working at Milligan College, where he worked for 24 years, moving from mail room supervisor to Director of Information Technology, where he was responsible for all the technology on campus. In 2005 he returned to full-time pastoral ministry when he was called to be the Pastor at LifeBridge Christian Church in Kingsport, Tennessee.

​Mike and Sheryl have a daughter, son-in-law, and two granddaughters living in Knoxville, Tennessee.  Mike and Sheryl returned to their roots in Oregon in June 2014, where he is now the pastor at Woodburn Christian Church.  Mike enjoys ministering, his family, his dogs, fishing in the Cascade lakes, baseball, and reading.  His goal is “to walk in step with the Spirit of God, so that when others look at me they see the One who leads me.” (Galatians 2:20 and 5:25)