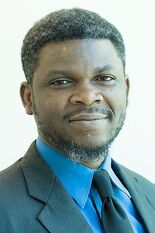 Bible Lecturer
Dr. Agam Iheanyi-Igwe
Dr. Agam Iheanyi-Igwe has taught Missions, Bible, and Theology courses at Bushnell University (Northwest Christian University) since 2016. Agam is passionate about equipping leaders for the global church and brings more than 15 years of pastoral ministry in Nigeria and the United States to the classroom. Dr. Iheanyi-Igwe has contributed to the Christian Education Journal, Encyclopedia of Christian Education and the Encyclopedia of Christianity in the global South.
He is married to Oge, and they have four children.


Recruit Speakers - Descriptions and Pictures
1. Silas and Katie Moe (PBT).  Silas and Katie Moe are representatives with Pioneer Bible Translators. They met at Boise Bible College, and after Silas’ graduation in 2017 he began working full-time at Baker City Christian Church. Katie graduated in 2018, and they got married. Presently, they are in training for their future roles with PBT. Silas is training to be a translation specialist and Katie will be trained to be a teacher of missionary kids. They are currently praying over their future field selection with some good friends who are also preparing to go on the field long-term. 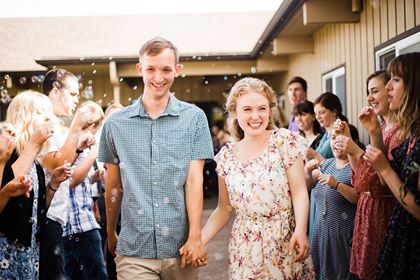 2. Jacob and Rochelle Edmonds (MAF) - Jacob and Rochelle Edmonds are excited to serve with Mission Aviation Fellowship overseas! As a maintenance specialist, Jacob will keep the planes in good working order for the pilots and missionaries to reach isolated people and share Christ’s love. Rochelle will continue to support Jacob and their family as a stay-at-home mom. Practicing hospitality, she also hopes to connect with other moms and open their home to serve their community. Jacob was raised in Maupin, Oregon, by Christian parents and baptized at about 10 years old. He felt the call to missions at Winema his junior year of high school. Jacob served in the National Guard for 10 years as a helicopter mechanic and attended Boise Bible College and Lane Community College where he obtained a commercial pilot’s license and A&P certificates. Rochelle grew up in Eugene, Oregon, and gave her life to Christ at a very young age. With missionaries in her family, she loved missions, and felt the call herself around age 9 at a kids’ camp at her church. Her desire to serve long term grew as she had opportunities to serve in Mexico, Cambodia and Southeast Asia. Rochelle attended Portland Bible College, Lane Community College, and the University of Oregon, graduating with a degree in linguistics with a certificate in Second Language Acquisition and Teaching. Jacob and Rochelle were set up by mutual friends, and they both were thrilled to meet someone passionate about missions. They were married just over one year later in 2012. The Edmonds family thank God for His continued faithfulness. 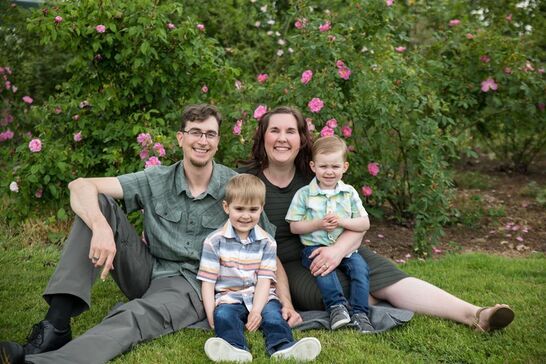 3. Micah and Victoria Welch (PBT) - Micah and Victoria Welch hope to serve the Bibleless in North Africa, along with their two girls, Joanna and Adelyn. Micah is a field linguist, specializing in things like grammar and alphabets. He will work with minority language groups to commit their languages to writing, so that others can do Bible translation and literacy work. Victoria is a homemaker, craftswoman, and nurse, and will use her gifts to build relationships with other women so that she can share the love of Jesus. Joanna (3.5 years old) and Adelyn (17 months) will run around, play with other kids, and speak the language better than their parents :). They will be a big part of relationship building. 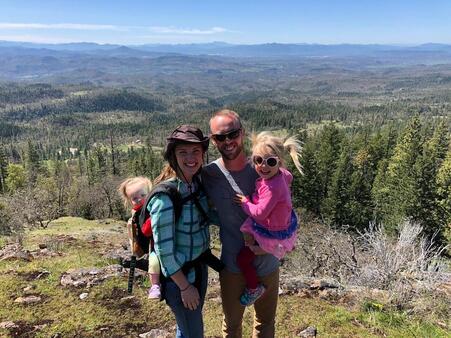 4. Jim and Glenda Buckley (TCM) - Jim and Glenda Buckley were married in 1968 and have ministered for 52 years in youth and pastoral ministries in Hanford, CA, Manchester, NH, Portland and Harrisburg, OR.  Jim was chaplain, athletic director and youth ministry professor at Northwest Christian College before spending the last 37 years in ministry at the Newbury Park First Christian Church in Newbury Park, CA (28 years as Lead Pastor and 9 years as Teaching Pastor.)  In all ministries Glenda was active in leading women’s studies and music ministry. God blessed Jim and Glenda with 5 children and 18 grandchildren.
In 1996, Jim earned a Doctor of Ministry from Fuller Theological Seminary, opening the door to become an adjunct professor for TCM International Institute in Europe and Central Asia. For 12 years Jim has taught 32 courses for TCM at Haus Edelweiss (near Vienna, Austria) and taught in 11 countries like Russia, Ukraine and Bulgaria. Glenda travels with Jim to the Haus and serves as a short-term worker.
While also serving as a Global Representatives for TCM and promoting TCM at Week of Missions for many years, they have seen God work at WiNeMa to impact the world for Jesus.
Answering a call from God to get Jesus in every home, Jim walked across America in 2013, with Glenda driving an RV, their home for six months. They describe the walk in Walking Across America One Step at a Time. 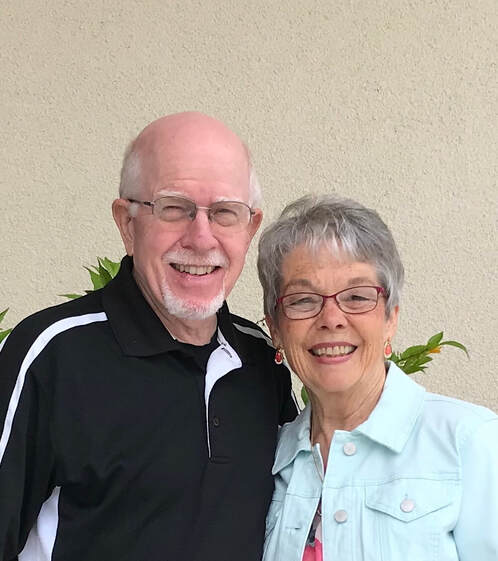 5. Zach and Candice Lewis (PBT) - Zach and Candice Lewis are working with Pioneer Bible Translators with the goal of moving overseas by Winter 2022. Their ministry will emphasize discipleship, with a focus on getting translated Scripture into people's hands. Zach and Candice are both from Oregon and both graduated from Boise Bible College in 2014. They have been married for six years and are due to have their first child any day now. Currently, they are living in Bend, OR while carrying out their support raising and training at Johnson University. 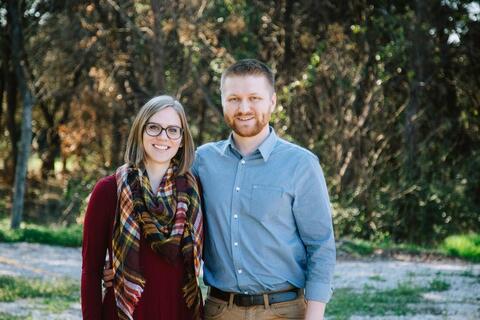